Tchipakkan is an artist, writer, healer, and eclectic pagan-heathen-rustic. Openly pagan since the 60s, she’s currently living on a small farm in NH aimed at self sufficiency and sustainability, with 3 adult children- all artists and writers, and a varying assortment of animals- friends and livestock. On weekends Tchipakkan teaches at SCA, pagan, SF and other conferences & festivals, while her daughters sell the family’s art through Cabochons, and they write, paint, sculpt, etc. the rest of the week. Her books include  Divine Cookies, The Heathen Cookie book, Anglo-Saxon Magic, and she paints book covers and portraits.

Tchipakkan (pronounced Chip ah khan, the t is silent), co-chair of CTCW, is an avid student of history, especially history of religion and magick. She practices divination including reading cards, runes, palms, as well as dowsing, numerology, astrology and almost any sort of divination from “acceptable methods” like handwriting analysis and meterology to psychometry. While capable of doing readings, she’d rather teach people how the systems work- to empower and demystify. The world is weird and wonderful enough that we don’t have to pretend to make it seem more so; much better to facilitate being able to work within it! She also learns and teaches as avidly all forms of healing available from herbalism, nutrition, RúnValdr, Reiki, Huna healing, and anything else that works. She also teachers any other useful skill, from sewing to brewing, historical interests merging fun with practicality. For example, she focuses seidhr studies on healing rather than oracular seidhr. (While soothsaying works, even given more information people still need to make up their own minds, and often can’t accept messages from esoteric sources. Better to empower people.)

http://www.tchipakkan.com/  When we are living consciously- every act is a prayer. 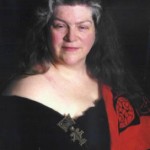 RúnValdr (practice and other techniques)