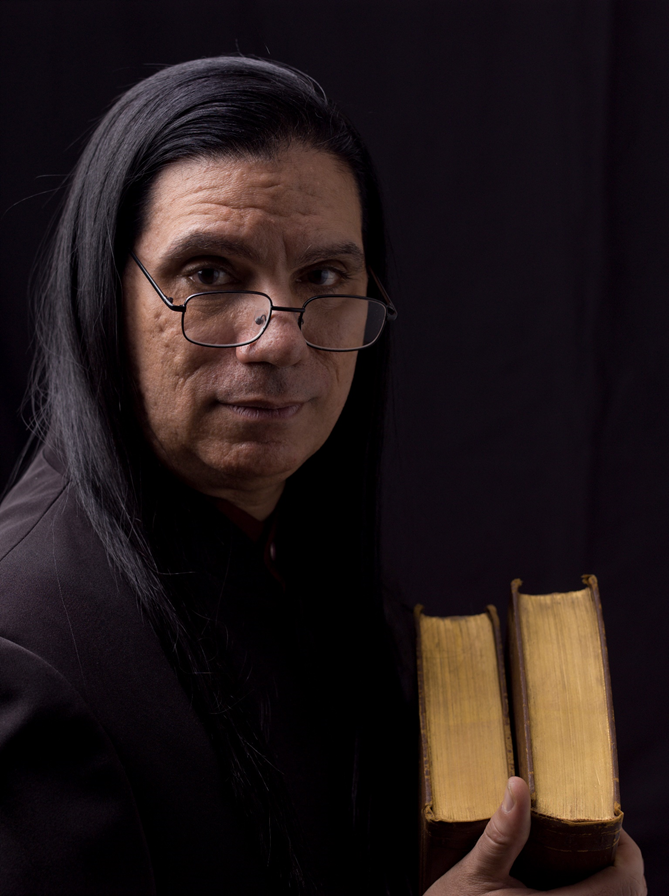 Ariel Malachi Sirocco is an Integrative Hermeticist following the Corpus Hermetica and related writings; as such, he is a hardcore Panentheist.  He frequently teaches ancient Hermetic history and traditions and has taught at several esoteric conventions along the Northeast and at countless private gatherings.  Ariel has an academic background in biology (Q.C.) and 15 years with the American Museum of Natural History.  To this day, he weaves his scientific knowledge with his ritual.

Ariel has been a practicing occultist since 1983.  He was initiated as a High Priest of the Minoan Temple, Inc. of New York in 1998 and The Temple of the Spiral Path-NYC in 2004. During this time, he realized that the scientific and the esoteric were two sides of a coin named “Ritual” and, thus, began his true pursuit and calling: Hermetics.
He moved to Connecticut for several years where he started Coven Quiddity (2006).  It grew into the Akashic Temple (2009) and ran monthly meetings and a few major events during the year.  In 2007, he joined the Masonic fraternity and his attentiveness quickly raised him through the ranks reaching Master Mason in 2008.  In 2012, he became a 32-Degree Mason of the Scottish Rite of Freemasonry and Washington Council Princes of Jerusalem, Master of Ceremonies (2012-2013) of the Scottish Rite, Valley of Bridgeport, Ct.  In 2017, Ariel became the Worshipful Master of Union Lodge No.5 in Stamford, Ct.
During this time, his passion with Hermetics led him to reach out across the United States and abroad to Amsterdam, NE in search of Elders.  In Amsterdam, he reached out to and visited the world-renounced University of Hermetics (@ U.o.A.).  However, he found his teacher on the West Coast – in California and in 2015, Ariel was granted an encampment charter from the Ordo Templi Astartes (OTA) for New York City area.
It is Ariel’s belief that this “New Age of Esotericism” deserves academic exploration without sacrosanct or circular defenses.  If this does not happen, the entire family of “pagan and esoteric traditions” will fall into disrepair, ill repute, and eventually dismissed as merely fanciful.

Past Classes: (all classes are at least 90 minutes) Contact at: arielsirocco@yahoo.com

Some, but not all, of these classes have been offered in prior years at Changing Times, Changing Worlds. (check the archives)