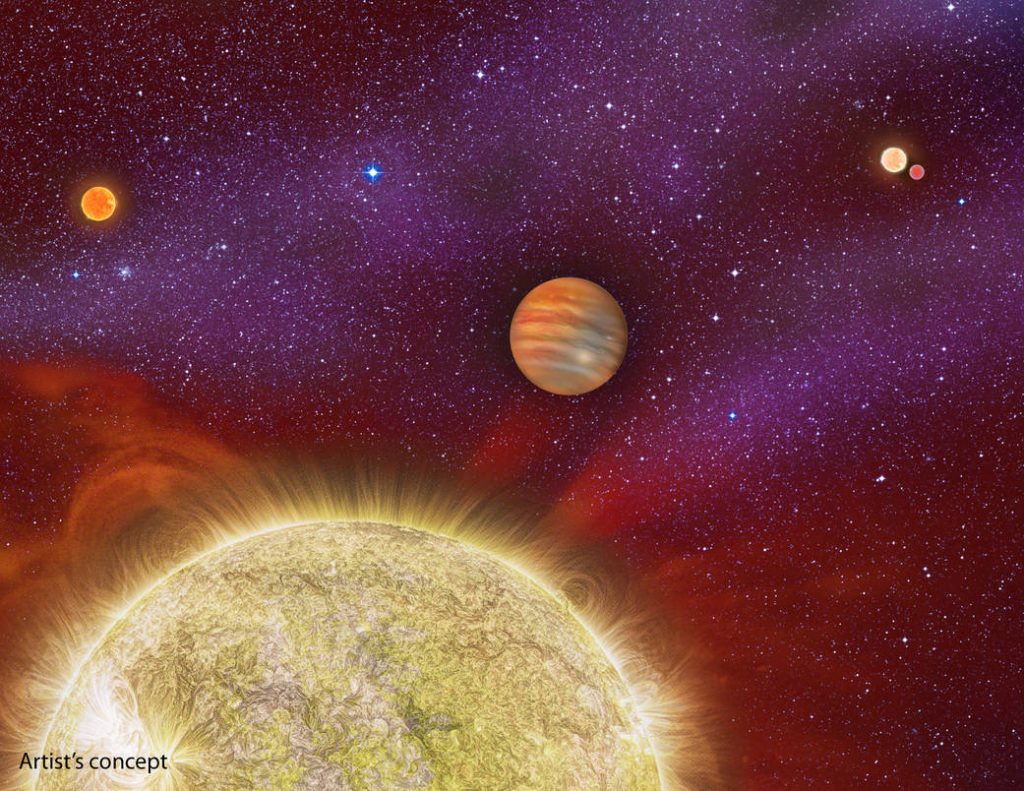 30 Ari with its newly discovered companion stars. This is only the second planet found residing in a quadruple star system and suggests that planets in quadruple star systems might be less rare than once thought. About 4% of solar-type stars are in quadruple systems. Were it possible to see the skies from this world, the four parent stars would look like one sun and two very bright stars that would be visible in daylight. One of those stars, if viewed with a large enough telescope, would be revealed too be a binary system, or two stars orbiting each other.30 Ari is located 136 light-years away from Earth in the constellation Aries. The system’s gaseous planet is enormous, with 10 times the mass of Jupiter, and it orbits its primary star every 335 days.Automated Robo-AO at Palomar Observatory was used in this study with results that strengthens the connection between multiple star systems and massive planet formation.