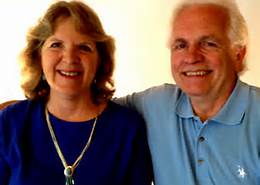 Brian (Yuroc) and Pam Crissey Yuroc and PM are star seeds from far away, incarnated in human form some decades back. Yuroc arrived in the Mid West, and Pam came into the Reading, Pennsylvania, area. A recent Akashic Records reading via Aingeal Rose O’Grady revealed that Brian and his wife Pam were anciently Arcturians, then Pleiadians, before sharing a number of Earth lives, often as native Americans. In 2000 a Quechua shaman at Macchu Picchu renamed Brian Yuroc, or spiritual man. Pam sometimes uses her spirit names of Athena and Fire Lighter. But they are just people like anybody else.

At age 16 Brian and a friend encountered a blue-light special from somewhere else, and it changed him. Two others encountered it the next night. The Akashic Records reading revealed that Brian had been taken on board to visit with old friends and review his life plan here. He at once understood that citizens of Earth are not being told everything they need to know, so he began a quest to find out and share what humans need to know.

Pam, at a similar age, encountered a visiting craft in her neighborhood. She was with her family. She felt gratitude to the Visitors for showing themselves. The two met in this lifetime in Oregon, and discovered their similar experiences and life quests, so they fell in love and got married. They started what is now the Granite Publishing LLC to publish information on topics related to the Star Nations, and to date they have issued over 75 titles, with 4 more coming out this year. Currently they are about to release the second edition of their book, Common Sense in Uncommon Times: Survival Techniques for a Changing World. The new edition includes material related to global changes and cooperative solutions.

In 1996 they were invited to the initial Star Knowledge Conference at the Yankton Sioux reservation in South Dakota, which was life altering. They learned that indigenous peoples have been quietly interacting with off-planet intelligence for millennia, while SETI scientists have been fruitlessly listening for alien radio programs. They learned of the Hopi prophecy that talks of the shift from the competitive and decaying 4th World into the cooperative, love-based and sustainable 5th World at about this time in history.

Through map dowsing, Spirit led the two in 1996 to move to Western North Carolina, where they established the Crystal Creek Center. They had some 50 people there for a three-day celebration of the Turning of the Ages over the December 21-23 weekend. 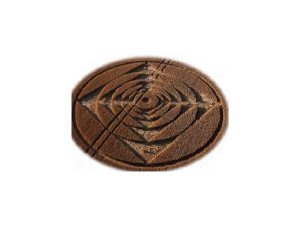 Beginning in 2001, they started working with Barbara Lamb to collect and distribute healing energies from authentic English crop circles. Recently, working in conjunction with Aingeal Rose O’Grady, they decoded 142 crop-circle essences they have collected. NotMadeByhands.com distributes these valuable tools for human spiritual evolution in the form of crop-circle essences, along with their Akashic Record decodings. The various enterprises related to Earth’s planetary shift are assembled at the http://granite-planet.net site.