Sociological scope: Two fold kiss of duality: Identity in the  21st Century with Thor Halvorsen
Discussion of the ever open book world of Social Media & Identity aspects, regarding the ever encroaching social media infusion, intrusion, and the balance of public vs private, but also the changing dynamics of society and the implications thereof to our communities.
Also discussed: The wrestling match with hate-group infiltration & propagation & ramifications via association. The importance of community, and how to strengthen that, safely. The need for building up the next generation, or else the legacies pass with our current generation. The aging Crones & Sages.. How we need to look out for each other as we can.

Our place within the Biological: The Hamster Wheel  with Thor Halvorsen
A discourse into the importance of philosophy, institutions & constructs, in regards to how the trickle down effect literally encompasses our worldview, our attitudes, and the long-game consequences of humanity upon our earth.
Discussion points: Global warming, influence of religious institutions, Attitude & the Colonizing mindset, Trade & Commerce, Possible Solutions & Considerations, Steps forward from here..

Thor’s interests include being an Audiophile (LOVE MUSIC), science fiction, philosophy, sociology, anthropology, transpersonal psychology, anything Norse, and to do with Deaf culture and Social Justice. (Did I mention I am a Technology Geek?) He loves folklore, mythology, and words (fairytales is misnomer, honestly).

Thor is a longtime fan of Richard Bach.

“If you argue for your limitations, they are yours” Richard Bach, Illusions. “That to be human, is to recognize the humanity in all, if you expect them to honor the humanity in you.” “If belief was wind, the stars, the seas, then all will be fair, the mysteries would be preserved, and all can know these things are alike and equal”  also recently been delving into Wendell Berry’s works.

Thor Identifies as a “Military brat”, and has lived in South Korea, Germany, east and west coast of USA, as well as Maryland, Arizona and Washington. His stepdad emphasized cultural relativity long before he found a word for it. He had exposure to the culture of Norway via dad’s and stepdad’s Scandinavian family, as well as Welsh from Mom’s side of the family. He gained familiarity of the dieties, stories, and culture, and eventually the food, from visiting Scandinavian countries.

Thor is a published author, his poetry in The Tactile Mind quarterly magazine, Virtigo issue: Vertigo.

Thor has been a practicing Wiccan for almost 20 years, with recognized Clergy status in Maryland, 3rd Degree Elder, High Priest of the Coven of Amber Heart, of the Coven of Amber Rose family of Covens. He was a visiting member of Ecumenicon, then migrated to CTCW (honored to return each time). He also does readings in Runes & Tarot cards, encouraging people to jot down notes during readings. I go slow. My rule of thumb is if I go too fast, and you don’t remember, then what was the use?

Thor is a Professional Educational Interpreter for the Deaf, language facilitator, ASL Adjunct Professor at College of Southern Maryland. His goals are to network and build awareness of Paganism in the Deaf World, continue being an artist and writer, and has offered to get involved in making Youtube presentations and videos alongside CTCW.

Our place within the Biological: The Hamster Wheel  with Thor Halvorsen
A discourse into the importance of philosophy, institutions & constructs, in regards to how the trickle down effect literally encompasses our worldview, our attitudes, and the long-game consequences of humanity upon our earth.
Discussion points: Global warming, influence of religious institutions, Attitude & the Colonizing mindset, Trade & Commerce, Possible Solutions & Considerations, Steps forward from here..

Divination with Runes on the New Normal Wednesday 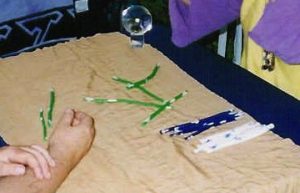 Miss the live show? Here’s the link to the archived show.

This is going to be a chat about using Runes for Divination. Runes were used for writing, and for magick, but since Ralph Blum came out with his little rune divination kit, many people seem to think that this is what Runes are for. Well, they sure work, so let’s talk about it. Jane Sibley is an expert on Norse folklore and Runes, and Thor is a Rune reader and student of pagan sociology (as is Tchipakkan). This should be a fun conversation. Feel free to call in at 619-639-4606 with questions or comments.

Listen to the show on http://liveparanormal.com/ , live Wednesday 8-9 eastern time. If you miss the live show, we’ll share the link to the archive as soon as it’s done on fb, and the CTCW.net site, as well as https://Tchipakkan.wordpress.com Hope you can join us!