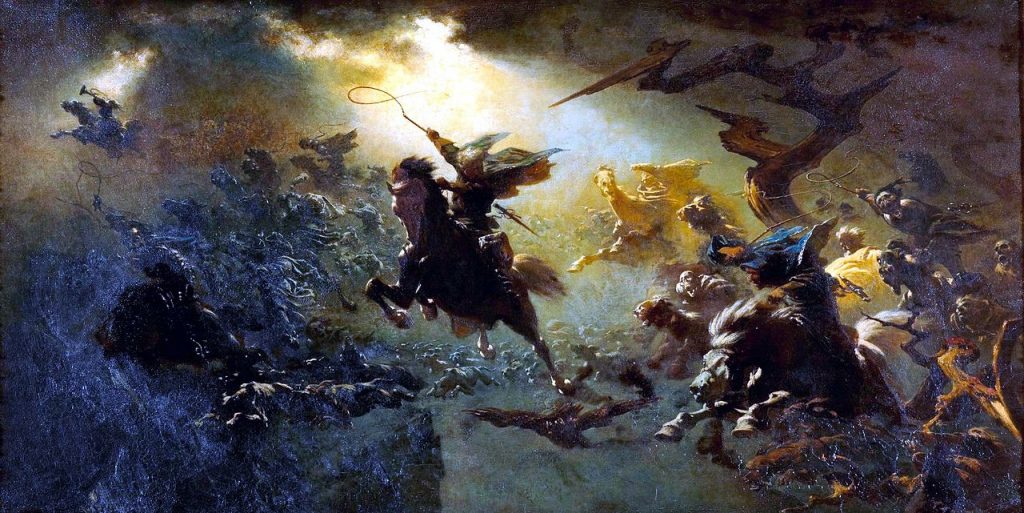 Listen to Tchipakkan on the New Normal Wednesday night (November 30th) from 8 to 9 pm edt. as she talks about Ghost Armies.

From earliest times, there have been reports of groups of specteral entities, often in the sky, often dangerous to encounter, although not always, commonly called the Wild Hunt, and associated with the dark time of the year. These reports have continued in every period, up to the modern song Ghostriders in the Sky. One might even include Santa Claus as a part of this tradition, especially when some of the earliest versions were also bringers of gifts and blessings.

Tchipakkan will talk about many of these traditions- please join us and call in with questions and stories: 619-639-4606

If you miss the show, we’ll post the link to the archive here for you to listen later.

The Wild (or Infernal) Hunt, Herlaþing, Hounds of Annwn, Wilde Jagd, Noisy Riders, in folklore are tales of an army of spirits who could be heard passing on winter nights, and if directly encountered was dangerous to body and soul. From souls of sinners or unbaptized babes to pagan gods, these were objects of horror, pity and danger, or at least contact with the divine. I’ll try to cover as many versions as I can, from the Benadanti through the cursed huntsmen, to the Krampus connection. 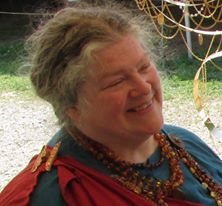