“Those who were seen dancing were thought to be insane by those who could not hear the music.” This quote, often ascribed to Friedrich Nietzsche  or more recently to George Carlin, whoever said it, an excellent illustration of how different perspective can give different responses. 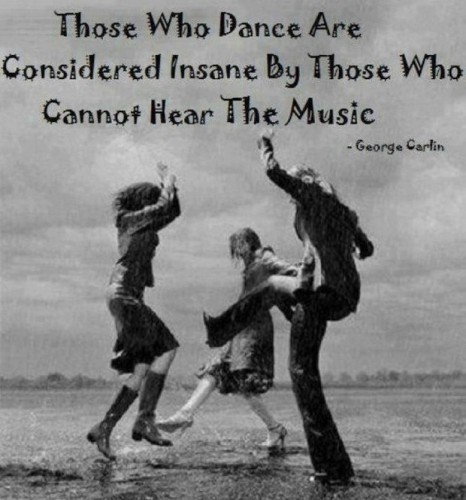 To put it bluntly, it’s nobody’s business to tell you what should make you happy.

To some people, bliss is found in a drum circle, to others in quite by a lake with no one breaking the silence. Some find it in the second wind of a 20 mile run, others in being lost in an art project, or the contemplation of a loved one. While you might share with others how your bliss comes to you, there is no guarantee that what takes you to that special place will take them there. Or to put it another way, some like chocolate, some like strawberry, and there is no fault in either choice. Part of this is “nature”: some people have more taste buds than other people, and if you taste foods more acutely than others, it’s the luck of the draw, not a virtue. Part of this is “nurture”: the people of Iceland eat putrefied shark (hakari) on special occasions, Scots eat haggis, ancient Romans shopped garum, a sauce made of fermented fish guts to the ends of the empire, because they couldn’t imagine eating without it, anymore than most modern Americans can imagine a world without french fries and ketchup.  Also your sense of smell is deeply connected to your memories, and what is familiar soothes you, which is why scent is such a powerful tool in creating rituals. 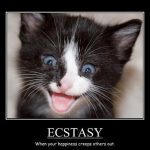 It’s sometimes disorienting to discover that something that makes you feel wonderful does not have the same effect on everyone, after all, the Golden Rule is to treat others as you would want to be treated. But sometimes someone will react to a courtesy as if you had insulted them, or respond in what seems to you an inexplicable manner, because no matter how psychic we are, we don’t automatically understand everything even about those with whom we are close. Cultural differences are trained in at such an early age, that often we don’t understand our own reactions. Dietary laws in various religions often seem confusing to those not raised to them. So sometimes we must remind ourselves that in the great and varied universe, there are many responses and that’s a good thing. When one of my friends was a child, she and her sister would pool their allowances to buy a head of fresh broccoli (something not available on their parents budget). Luckily one preferred the florets, and one preferred the stalks, so this worked out great for them. When we discover that others don’t respond the same way as we do, we can feel confused and betrayed by the common wisdom, or you look to see how these different responses can be a benefit in this situation. It probably won’t work every time, just as the “Do unto others” doesn’t, but sometimes it may help.