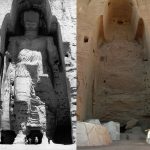 In 313 the Roman Emperor Constantine made it legal for Christians to practice their faith openly (gave them property, some tax breaks, other support). Within two generations, they were making laws against practicing non-Christian religion. Traditionally Muslims allowed people of many faiths to practice, but taxed them differently according to which faith they followed, but the DAESH are destroying ancient temples because they represent the power of non Islamic faith. Some people still argue that the USA was created as a Christian nation, and our laws should be based upon Biblical laws. Historically, when one leaders with strong religious convictions have power- from Ahkenaten to Bloody Mary, it does not go well for those who follow other faiths. How much do people need to worry about this in the modern world? Pagan parents who come to a custody battle before a judge who thinks pagans are evil might argue it’s a problem. How big are the risks and what can we do to minimize them?