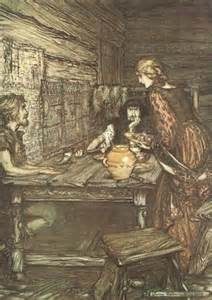 Sacred Hospitality Panel
What do you do if you feel that Sacred Hospitality requires you to feed any guest in your home, but you also feel that it is the sharing of food that binds the guest and host together, and you really don’t like the buddy that one of your friends brought along? Does your belief system allow you some escape clause like “I gave him milk, not water, so it’s not a breach of etiquette to run a tent-stake through his head.” Many ancient cultures had limitations- a guest bond only lasted three days, for example.
In a multi-cultural world we don’t have common rules; most of the modern world isn’t even aware of the sacred nature of the guest- host bond. But what one culture considers required, another may consider forbidden. Let’s bring some of these unexpressed beliefs into the light and examine them in the light of the modern world and our personal experiences with the gods and beings of other realms?