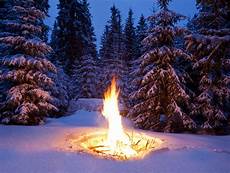 What can we say about the Solstice? Due to the angle at which the earth spins, days get longer and shorter, and the Solstice is the tipping point where (in the Northern Hemisphere) they start getting longer again, and most of us are pretty happy about it!

Whether you live in a pre-industrial culture or one steeped in scientific explanation, as we have to deal with shorter days, it’s hard not to imagine what would happen if they just kept getting shorter until there was no daylight at all. Even when you are confident that it’s coming, it’s wonderful to not need the artificial light (electrical or flame) as much, and know that it will also start getting warmer, and crops will grow again. (Even in the modern world we are mostly living on the previous year’s stored harvest.)
For those sensitive to such things, the Winter season (from November to February) is a time when many spirits seem to have more access to our world- ancestral spirits and other ghosts, the Wild Hunt, and the Good Neighbors wander the nights and visit human homes, leaving blessings, or sometimes terror in their wake. The tradition of Ghost Stories at Christmas goes back much farther than Dickens. If you haven’t worked out how to be blessed by passing spirits, or are simply very sensitive, it can be exhausting (especially in a culture where on top of dealing with them, you have to come up with explanations that will satisfy the unbelievers.)

So many cultures have solstice celebrations that I cannot possibly list them all, but they include the Births of the Uncoquered Sun, Horus, Mithras, Christ, Frey, Pryderi, Persephone, Dionysus, and King Arthur.  In Japan, Amaterasu comes out of her cave. In the Roman Saturnalia this was the day they celebrated Divalia- to the Goddess of Silence.

A Hopi and Zuni celebrate Soyal,  Hindus have begun celebrating Pancha Ganapati, Karachun is a Slavic holiday, Persians celebrated Mithras, Feast of Aset (Egyptian), Capac Raymi (Incan), Beiwe/Rozhanitsa (Saami), Shabe-Yalda (Zoroastrian), Druids celebrated Alban Arthuan. (and remember, in the Southern Hemisphere, the Summer Solstice celebrations are going on.) Wiccans celebrate the dominion of the Horned God rather than the Lady, or the Holly King (over the Oak King), or the Crone rather than the Maiden.

Christians have included many customs over the centuries that seem similar to those of other cultures celebrating the Solstice and the returning of the light. There’s often fireworks or ringing bells and making other noises, fires, dancing and masks, including Hoydening, Mumping, and Burning the Clocks.

Whatever way you celebrate- have a blessed holiday!