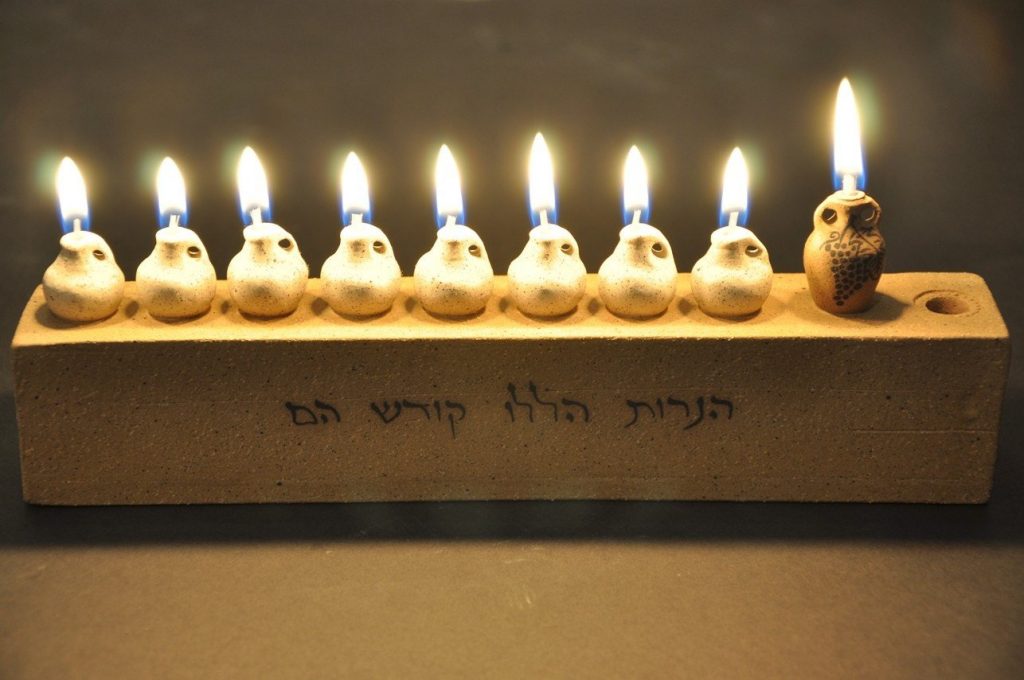 I read a post on facebook recently where someone described Hanukkah to someone who was dissing them. “That’s when someone tried to make us worship their way, so we killed them.”

That may be a bit extreme, but I can understand telling people where they can get off if they think there’s only one “right” way to worship. The holiday is being thankful for the miracle of the oil lasting a clearly impossible amount of time. The rebellion wasn’t miraculous, it was just a natural reaction. While holidays can commemorate both spiritual and political events, I think it’s good to remember the human agency as well.

In 168 BCE the Syrian-Greeks captured the Jewish temple and rededicated it to Zeus (much as the Pantheon in Rome was turned into a Christian church, or Hagia Sophia into a Mosque). The next year the Emperor outlawed the practices of Judaism, and ordered the Jews to worship the Greek gods. The Jews, led by Mattathias, a High Priest, refused and created a rebel army known as the Maccabees, or Hasmoneans. Shortening the story, they won, and took the temple back. They had to purify it, as it had been seriously desecrated, before they could worship in the proscribed way there. Apparently it takes 8 days to make properly consecrated oil, (I don’t know the process) and they only had one days worth. But they started making the oil and lit the candelabra- and the oil miraculously burned for the full eight days.
Pretty cool, although Hanukkah is a minor holiday, celebrated by eating oily/ fried foods. It has become better known than other more important Jewish holidays because of the proximity to Christmas. Some parents hope that by making it a bigger deal, and giving their children presents at Hanukkah, they won’t feel left out of the Christmas merriment.

Hanukkah falls on the twenty-fifth day of the Jewish month of Kislev. Since the Jewish calendar is lunar based, every year the first day of Hanukkah falls on a different day – usually sometime between late November and late December. This year Hanukkah begins on the evening of  December 2nd (the New Moon is December 7th- I’m not sure how they work it out).

To all our Jewish friends, have a great holiday!