Have you felt ecstasy?
This is another aspect of this year’s theme, and we encourage speakers to share proposals about this aspect- from whatever background you approach it. 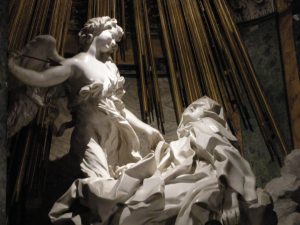 It is said that Bernini’s model got the look of bliss by achieving orgasm, and many people have equated the feelings from sex with spiritual bliss.

Kabbalah teaches the joining of ‘male & female’ toward the goal of re-acheiving the monad,or godhead.

Kundalini Yoga explores the movement of energy through the pathways of the body. Love of many sorts is bound up in bliss and ecstasy.

Bliss can be taking that long awaited family vacation to the Grand Canyon, or finally getting in to a hot steamy tub at the end of a long day.

Ecstasy takes us into a realm of divinity most often decidedly different than the mundane areas of daily existence. Though it need not remain so ratified. A sunset , the smell of the ocean on a breeze or the brush of one hand upon another can easily and simply stir ecstasy.

Perception and perspective are unique to individuals.

Have you felt ecstasy?

Ecstasy- another aspect of joy or bliss. During the 90s, academia discovered the neo-pagan movement and many books about it were written. One of the most consistent conclusions drawn was that modern pagans want a direct, ecstatic communion with spirit which is not generally available in modern religion.

Ecstasy can be achieved by guided meditation, by dancing, by drumming, by ingesting substances that open the mind to other levels of consciousness, all of which are common techniques in neo-paganism, and in other growing religious movements as well, such as the charismatic churches. When direct contact with Spirit is available, being told how wonderful it is, and that only certain special individuals get to have it seems unfair to say the least. 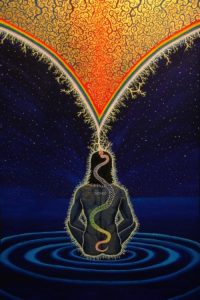