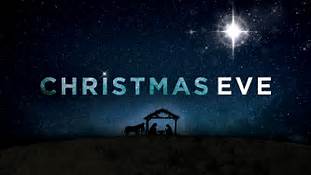 While in the modern world we have been deeply involved in the Christmas celebration all month, with a heavy emphasis on giving gifts, decorations, music, and partying, traditionally all that occurred AFTER the 25th during the 12 days between Christmas and Epiphany.

In Hungary, a predecessor of the Christmas Tree was the Paradise Tree from pageants and miracle plays, specifically ones about Adam and Eve. A tree was hung with apples to represent the Tree of the Knowledge of Good and Evil, other decorations included wafers (thin cookies) representing the Eucharist which stood for redemption; these led to the fruit and cookies on modern trees. Cookies cut into shapes could also symbolize different things. Candles on the tree represented Christ as the light of the world. Another traditional decoration, the Christmas Pyramid, decorated with figures from the Christmas story, candles, and evergreens merged with the paradise tree. The tree was only set up, cut fresh, on Christmas eve, and probably only lighted on Christmas eve.

Also lighted on Christmas Eve was the Yule Log. In many places this was lighted with a piece saved from the Log from the previous year, and they attempted get on large enough to burn through all 12 days of Christmas. Since no work was to be done during the 12 days, there was a great deal of work to get done before they started, and there are many traditions telling of punishment of those who didn’t get their work done before the festivities started.

Until Midnight on Christmas, it was still a fast period, so the Christmas Eve feast usually was fish based, but definitely celebratory- in some places it was a Feast of Seven Fishes. After Mass, dishes included meat and other feast foods. In Poland Wigilia is celebrated with 12 dishes (including desserts). Every culture has its own special foods and traditions.