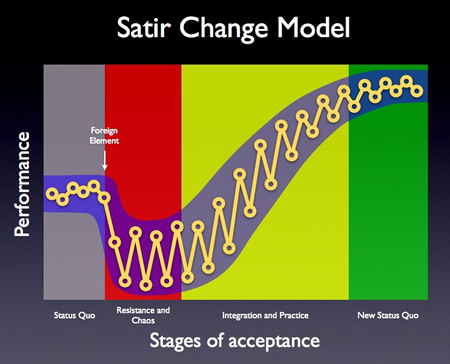 How difficult would it be to get the modern, scientific world to accept the psychic, spiritual, magickal world? That “rational” world is the status quo, and we are at the point of change. The trigger for change is all of us who have had personal experiences with the paranormal and wind ourselves trying to get that accepted by others. When the whole system is set up to deny and mock those who accept the occult, if you come out for it, you are going to bear the  brunt of the resistance. You will also give hope to others who have also experienced it, and felt safer not admitting it publicly. The more people who come out and say “yes, I’ve seen a ghost”, “yes, dowsing works”, “yes, people have ESP”, “yes, we can communicate with plants” and are willing to come out as accepting supernatural beliefs, the more people will say “That makes so much more sense given my personal experience” (and maybe our ancestors weren’t all foolish to believe in this stuff after all).
Integration will require that many things change in our parent culture. Medicine could go forward with more success, and fewer side effects. 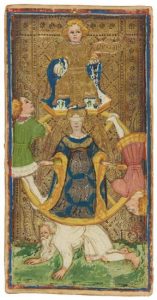 We’d stop exploiting the natural resources because we’d respect their consciousness. People will have to find other things to mock in order to feel superior to someone else. (Wouldn’t it be nice if we could skip that!) All of these changes would be hard, but can grow out of simply raising the next generation not telling them what’s impossible.
As the chart shows, once we’ve gotten through Integration, we’ll be working on a higher level. Another way to look at it is that we’ll be ready to negotiate the next change and keep moving, spiraling ever upward.