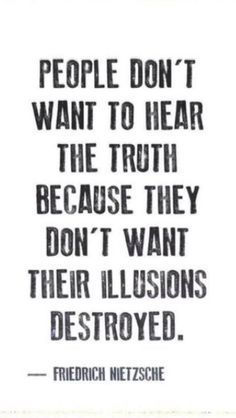 “A long time ago a bunch of people reached a general consensus as to what’s real and what’s not and most of us have been going along with it ever since.”
Charles de Lint

The world as we experience it is a group project. The way each of us sees things includes a major filter. But how others see the world is also powerful.

Children have the world explained to them by the close adults when they are very young. They have an experience, and Mother or some other adult is there to explain things. “Don’t go in the street or you’ll be hit by a car.” “If you use a knife you’ll cut yourself.” This is easily reinforced with an occasional experience where the explanation is why something happened. “Fluffy died because she got old.” or “Santa didn’t bring the poor kids any toys because they didn’t eat their vegetables.” (when she’s been pushing the vegetable thing). 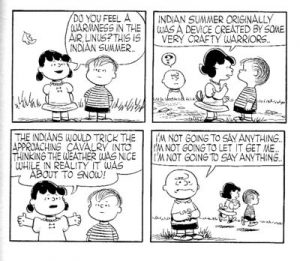 We get a bit older and we start getting explanations from other kids, some of which they came up with on their own, like the famous bits where Lucy tells Linus that snow doesn’t fall, it grows, the snow in the air is just blown around. Kids get many strange ideas  based on limited experiences. Religion is a way of explaining how the world works- you get that from family and at Sunday school. Get a little older, and in school teachers are offering their world view- rules and reality now become more arbitrary: “Your name goes in the top left corner of the paper” “George Washington never told a lie.” Somewhere along the line, especially if these various stories conflict, you realize that sometimes the kids (or uncles) are making things up just to see if you’ll believe them. You learn that some people just have different explanations for how things work; for the first time, you have to decide who you’re going to believe. Dad says that dreams are just made up stories your brain has, and Grandma says that they can be messages from the angels. You see a ghost and mom says you imagined it.

The decision on whether you believe what you experienced yourself, or whether you’ll accept someone else’s explanation is huge. You learn that if you try to argue about it, or even mention other ways of looking at some questions, someone may get cross with you. You learn to keep some of these to yourself. We call this growing up. “Going along” certainly makes your life easier, but sometimes uncomfortable. 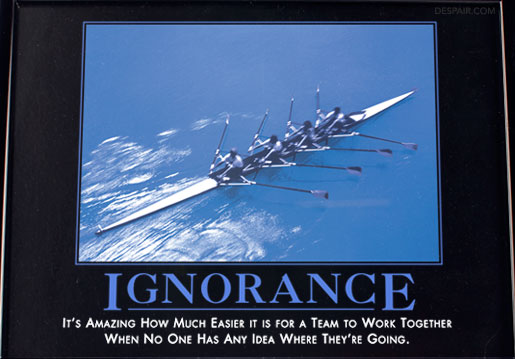 One of the big things they teach kids in kindergarten is how to work together, to “play nicely”, to follow directions. In some schools, questions are encouraged, in others, they are discouraged, but it’s always easier to get a group of kids to do the same thing if you make it worth their while to go along. Some people learn that it’s so much easier to just do what their told, that they get in the habit of accepting whatever seems to be the dominant idea, or the idea of the person with the greatest power, and get on with their lives without asking questions.

Other people, like the “curious cat”, seem incapable of just taking someone else’s word for something. We all know people like that. We may BE people like that. It seems to be inborn, more than taught. It still comes down to trying to figure out how the world works, why things happen one way sometimes, and another way in another set of circumstances.  One could say that there are “cat people”, who MUST find things out for themselves, and there are “dog people”, who’s greatest comfort and joy is going along with what the others around them are doing. No matter which is the source of your joy, accept it, because it’s yours. Both have their advantages, and they are built in- it would be hard to change them anyway.

We’ve seen how people will hold onto faith in their own worldview even in the face of “proof” that convinces others. We seek out explanations, whether in science or in religion or in posts on social media that support our world view.

Having your view of reality challenged is really uncomfortable for most people. You may have heard the story of how the indigenous people of the Americans had no concept of large sailing ships, so they “couldn’t see them”, or how if your language doesn’t have a word for a concept, it’s hard for you to wrap your mind around it. We need certain tools, like words, to provide handles to grasp ideas.

But we can learn to change our ideas. Some people encourage us to do so, to do things that scare us, to entertain thoughts that make us uncomfortable. While sometimes we get past the discomfort and discover that we now live in a bigger, more varied world, the process is still uncomfortable. This is not something you do to someone else, although you can help make it less uncomfortable, and show them that the other side is safe. That their world will still be a good place, that the good things they had in it will still be there, but there will be more to enjoy. But the choice to expand into the new mental space is theirs. Help them, ease their way, or they will resist the changes and find greater evidence that the new information is WRONG.

It is natural for us to have similar views of the world, and comfortable, but the reality we share can be viewed from many perspectives, and learning to see things from the other point of view brings our reality into synch with that of others. We don’t have to play the same notes, but it’s less jarring to be in harmony. And if you have seen a ghost, is it easier to convince yourself you haven’t or simply not try to convince who don’t believe? If they see one themselves some day, maybe that’s soon enough.