The element of fire is known for changing things. At its most basic, it takes the potential energy of the fuel (for example wood, where the tree collected solar energy) and releases it, creating light and heat.

Sometimes we don’t realize how a crisis can result in our finding inner potential of which we were unaware. Like the proverbial parent lifting a car to free a trapped child, many factors combine to allow us to do more in a crisis than we would otherwise expect of ourselves.

How many stories of telepathy are “my loved one was in trouble far away and I felt their fear… or sadness… or heard their voice… at the moment (I found out later) that they were in trouble”? Why at those moments? Strong emotions can fuel psychic talents any time, but often we do not even attempt something we “know is impossible” until there is no other option.

When we feel we have no other options, we sometimes find that “fire within”: the talent, the strength, the ability, we did not know we had; we tap it to get through the crisis. Most people never attempt to use those resources again, returning to the comfortable assumption that such things are impossible. But humans are made of stardust as well as earth, of energy as well as matter, and we have a core of fire, of totally natural psychic abilities, that we can use… if we only think of it.

I may say this too often, but it is the prayer not voiced that is not answered, the spell not cast that never works. By and large I would rather avoid crisis, but when thrust upon me, I try to look for the silver lining. That is so often the moment that forces us to discover how magickal we are.

This entry was posted in Sundays Theme and tagged Crisis, Magick, Prayer. 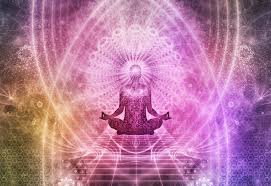 Crystals, Essential Oils, Chakras, Auras, Reiki, Color Therapy, Sound Healing, Channeling, Sacred Geometry, Magick, Prayer… we will link it all through energetic resonance. In this class, we will explore these topics, how they work, and how they can be linked together. We will discuss what it means to “vibrate higher”, how we can do this. What lowers our vibration, brings us down, harshes our mellow? What is the reason for working with light and shadow? Why do we need that balance and how can that help us to heal and to be better equipped to reach others? It is all about vibration and we will delve into all of this and more. 90 minutes