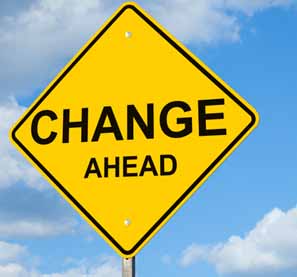 This year the conference theme is Change:

Change as Opportunity:  Rising to the Challenge.

It’s hardly surprising that we would choose change as a theme, when the point of the conference is that we want to change the world, to help it accept that people are able perceive and to effect- to change- the world through our inner energies. Since the Enlightenment, Westerners have separated Science and “What’s real” over on one side, and Religion and Magick over on the other side, putting it on the ‘optional’ menu, which has severely handicapped us all by not allowing them to include any evidence they find that suggests that everything that is real must be based in the physical world.

Those who encounter the “supernatural”, “metaphysical”, “occult”, or “paranormal” are shunted off to the “kook” seating. When solid science leads to evidence that other worlds and abilities exist and may explain how the world works, the scientists involved must carefully couch their findings in ambiguities in order to be allowed to publish the findings in mainstream literature. IMO, to require your results to reflect your pre-selected position is not science! We must come to a place where whatever the results we find are accepted, even if they indicate the presence of psychics, ghosts, other worlds and non-corporal beings. 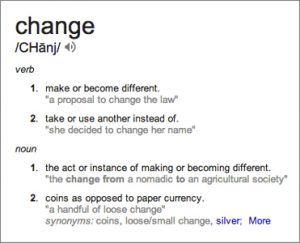 The resistance probably comes from the claims of infallibility- once one has suggested that their position is the only correct option, then any change proves that their earlier position was wrong, proving them fallible. This is a hard position from which to back down.

Although the Scientific method requires that after testing an hypothesis, we accept the results of the test, in practice, results are accepted if they support a hypothesis that goes along with the old paradigms, and if they don’t, then the tests were clearly flawed- not the “only the physical is real” paradigm.

It is often said that “Insanity is when you keep doing the same thing and expect results to change.” But results often change. There are so many variables that we shouldn’t be surprised when it does. Happily Quantum Physics and Chaos Theory are beginning to break down the old paradigm and we are gradually learning that it’s fine to accept that we didn’t get everything precisely right the first time. My mother used to say that the “average lifespan of a scientific fact was five years”, and certainly we are learning new things that challenge the old ways daily.

Change is difficult to deal with, especially when we have to make major decisions, medical and legal ones based on what we believe is real. Every time we realize we’ve made a mistake, we have to accept that we may have hurt someone, or done something wrong, because of what we thought was true, but wasn’t. It is better to deal with those mistakes and move on, rather than to continue to make them and compound the harm. (How many of us had to learn as children to hide psychic talents because we would be teased or reprimanded?)

So this year we are looking at change, and how to direct it to where we want to go.

This entry was posted in Sundays Theme and tagged change, CTCW, science, theme.